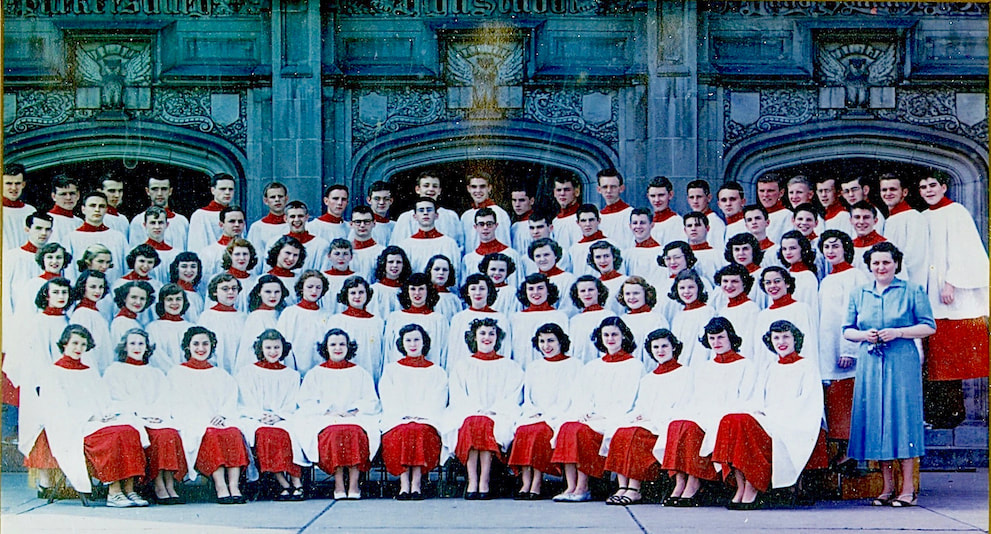 a video documentary presented by Roger Blackburn
​
April 25 at 7:30 PM
Free Admission - No Ticket Needed
A Cappella Choir….the beginning. What would evolve into the Parkersburg High School, A Cappella Choir, first performed in February of 1931when the would-be choir performed with the PHS Little Symphony Orchestra, singing six selections on the program. It was reported in the PHS Antenna, a journal of Parkersburg High School in the early 1930s, that nine members of that first choir attended a National High School Choir Convention in Detroit in mid-February 1931 and formed the A Cappella Choir upon returning from that trip. They held an organizational meeting on May 12,1931 at which they elected officers for the first choir.

Dr. Marie D. Boette, 1895 – 1995, pictured as part of the choir in the 1932 Parhischan, is to be credited not with just the creation of the aforementioned choir and all of the accolades that it has brought to Parkersburg High School, but in subsequent years her life was dedicated to making music available in school settings throughout the state. In the 1926 Parhischan she is listed as head of the PHS music department. Additionally, she directed the Senior Class Play, organized the Boys Glee Club, the Girls’ Grieg Glee Club and reorganized the Marcato Glee Club. For a full list of Ms. Boette’s far-reaching accomplishments, please google her name.
​
In recent years Mr. Blackburn has presented other documentaries, including the Big Red Band and Streetcars of Parkersburg and Marietta. The presentation on April 25 will be a must-see for the hundreds of former A Cappella Choir members who have benefited through the dedicated work of Ms. Boette and other directors of the choir.

Tickets are non-refundable and cannot be replaced if lost or stolen.